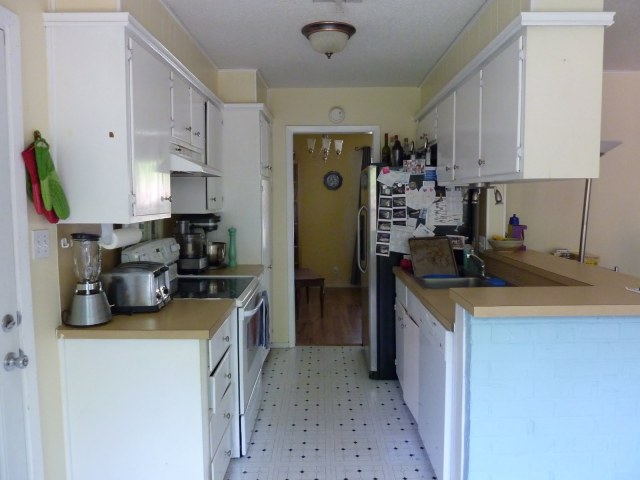 Don’t worry, reader! This is the before picture. Sorry I didn’t bother to do the dishes.

(If you just want to see the before-and-after without reading my blabber, skip to the end of this post!)

One month before my due date, Andy and I decided to redo the kitchen.  Believe me, I know it was a dumb timing, but that nesting instinct is a powerful beast. Plus, we have a fantastic contractor who promised he could have it done before Henry came (he was true to his word!), and we figured it would be better to have construction going on before the baby came than after.  Anyway, I figured that this was tangentially food-related, so I could post before-and-after pictures here.  I ❤ before-and-after pictures! You could show me B&A pictures of an apple pre- and post-snacking, and I'd probably say, "Wow! Someone ate the hell out of that apple!"

So, first some fun facts about our old kitchen… 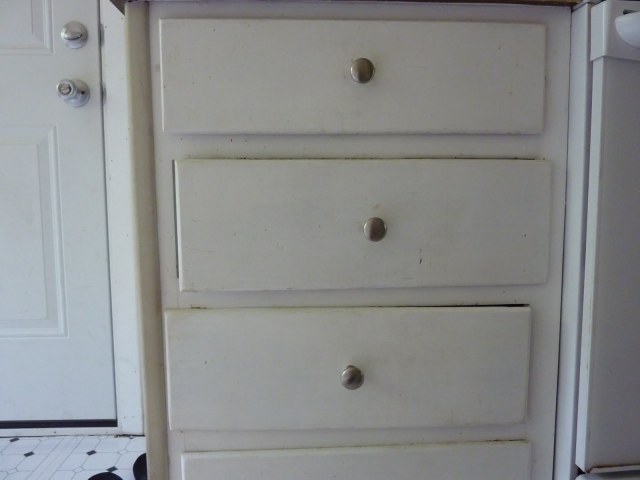 Needless to say, we were ready for an upgrade!  Without further ado: 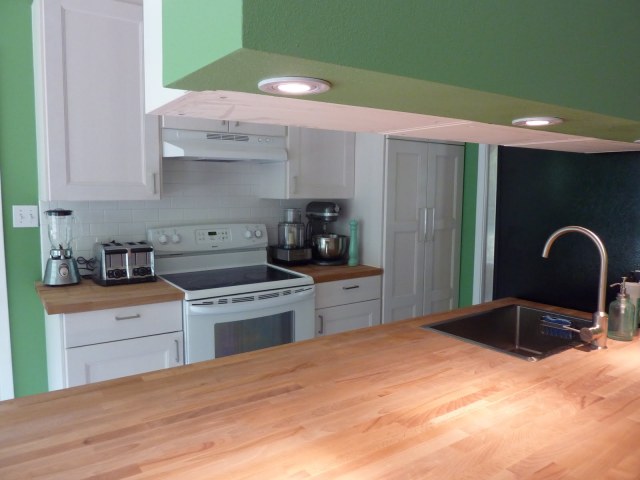 Hooray for our new kitchen! It’s such a huge improvement.  My favorite part is the huge expanse of butcher block counter space.  Rolling out pie crust used to be such a challenge- there was really only one small piece of usable counter space above the dishwasher.  Now look!
Sidenote: If you’re in the market for remodeling, Artisan General Contracting gets my highest recommendation.  James Monge (pronounced moan-hay) of AGC has replaced all of our windows with energy efficient ones, built us a new fence, and remodeled our kitchen and bathroom.  All of the work was done quickly for a great price. You can contact James at AGC at artisanremodel@gmail.com or 512-922-5131. He’s the best!
How about one last look of the before-and-after!