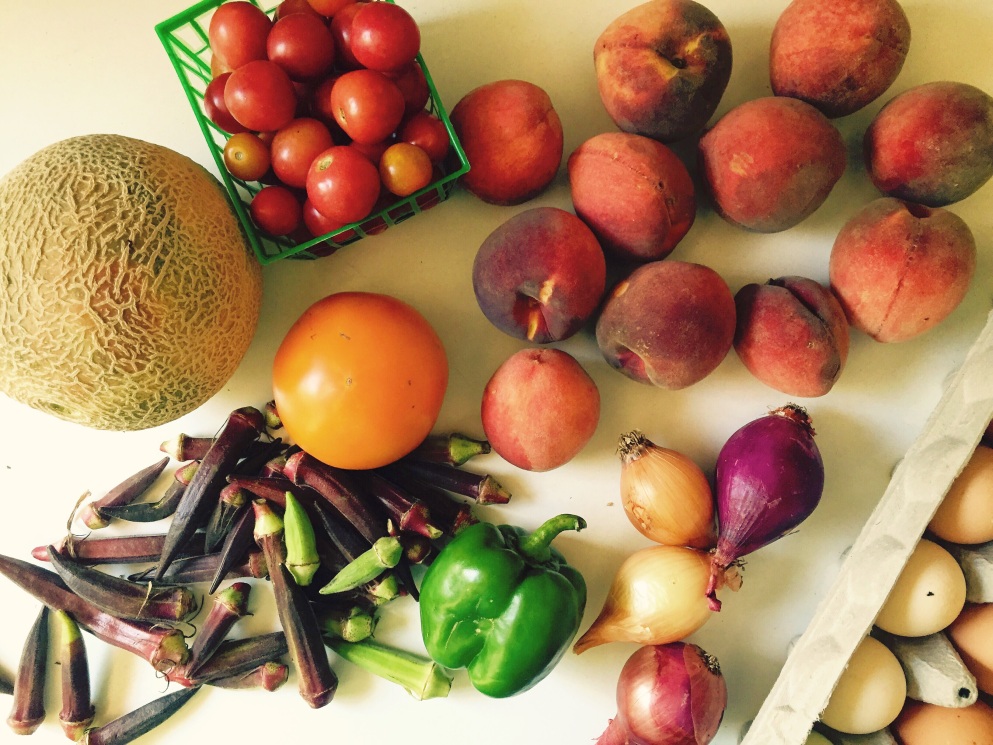 In the next exciting installment of the listen-to-me-whine-about-wanting-to-go-on-a-trip series (I’m sorry for all the dashes, but isn’t that a thing we’re supposed to do?), I still feel the itch to get out of the city and I still have done nothing about it. Well, not nothing. I decided on two potential trips that I want to do in the coming weeks. 1) Corpus Christi. Did you know that the beach is only three hours away?! Not the good beach, but a beach! And, and, you can apparently pitch a tent and light a fire on the shore at Port Aransas for free! But if yelpers are to be believed (bunch of mouth breathers, the lot of ’em) sleeping in a tent on the beach sucks- the wind is apparently so bad that it blows sand through the screens all night, if you can get the tent set up at all. So. 2) Love Creek Orchard. Henry really wanted to go apple picking last year, and I researched it around October and found that in this godforsaken climate, if you want to pick apples you’ve gotta do it in the relentless heat of August. So we’re gonna try! This orchard is two hours away in Medina, somewhere between San Antonio and Kerrville, and the fujis are supposed to be ready to pick in the next couple of weeks. Does it seem crazy to spend four hours in the car to pick apples in the heat with two toddlers? Talk me out of it. Also the beach camping is probably stupid and I’m back at square one. Oh, anyway! Here’s what we ate this week. 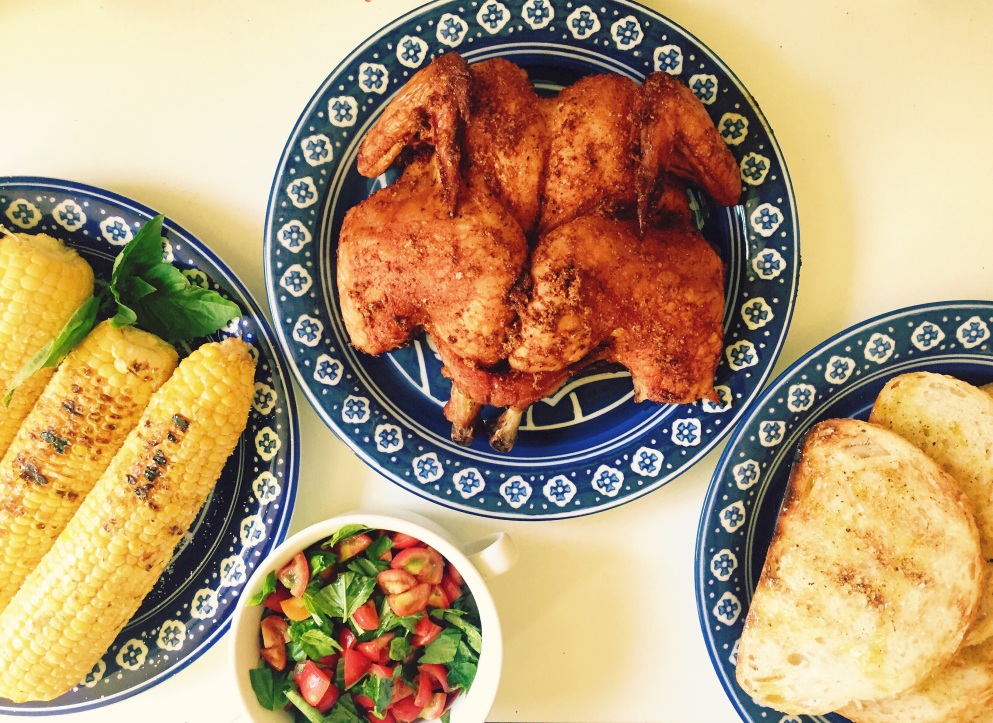 Smoked Chicken, Corn, Bruschetta. This chicken uses the rub from the linked recipe, which rocks, but not the barbecue sauce steps because I tried that a few weeks ago and didn’t like it. Instead I smoked the chicken for two hours over indirect heat, adding another couple fistfuls of soaked wood chips and pieces of charcoal at the one hour mark. The meat tasted great, and so did the rub on the skin, but smoking the meat makes the skin extra tough and chewy, which is not ideal. Maybe I’ll try again without the smoke and see how it goes. I’ve written about bruschetta before, and everyone who’s been to a johnny carinos in the last decade know what it is anyway, but this is my gospel, so I’ll keep singing it. Grill thickly sliced bread until it looks toasty and charred, then remove from heat and rub with a piece of garlic that’s been cut in half, drizzle liberally with olive oil, and sprinkle with salt and pepper. Top with anything, but a mixture of tomatoes, basil, olive oil, and salt and is a delicious classic. 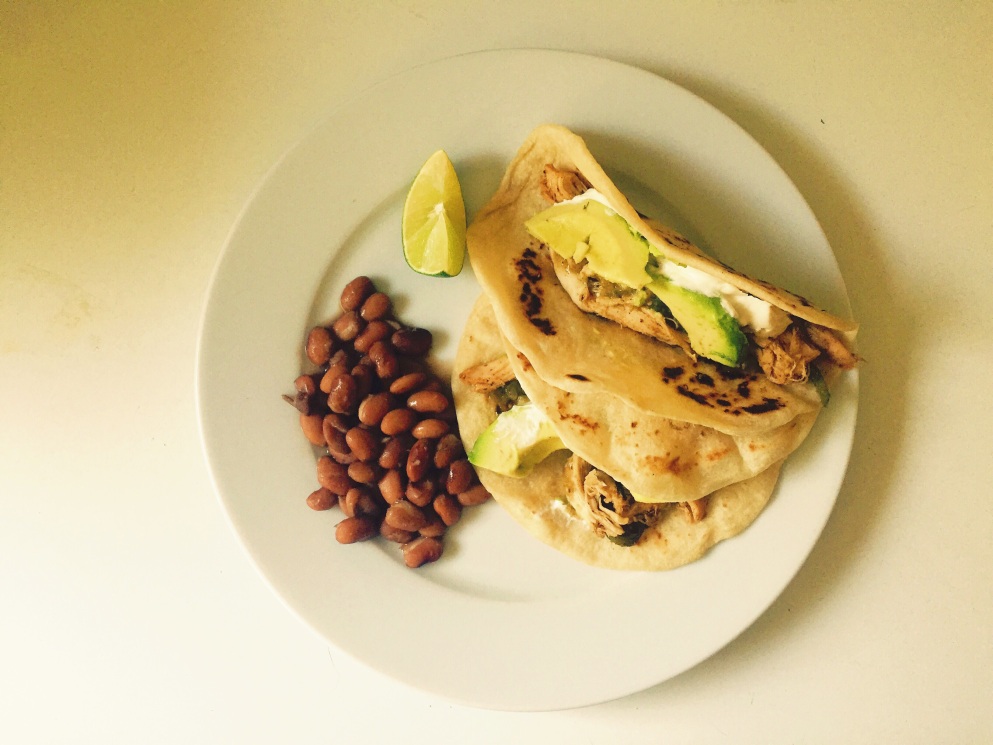 Chicken Tacos, Beans. These are the chicken fajita-esque tacos from a few weeks back. I have nothing inspiring to say about them. I’m typing this on my laptop on the couch and Andy’s sitting next to me watching a video series called Monster Factory, where a couple of dudes create the most horrific looking mutants possible in the character creation section of video games, and then run them around in their video game worlds to get their misshapen heads blown in. It’s mesmerizing and distracting. I’m putting the blame on them for my lack of witty anecdotes for these chicken tacos. 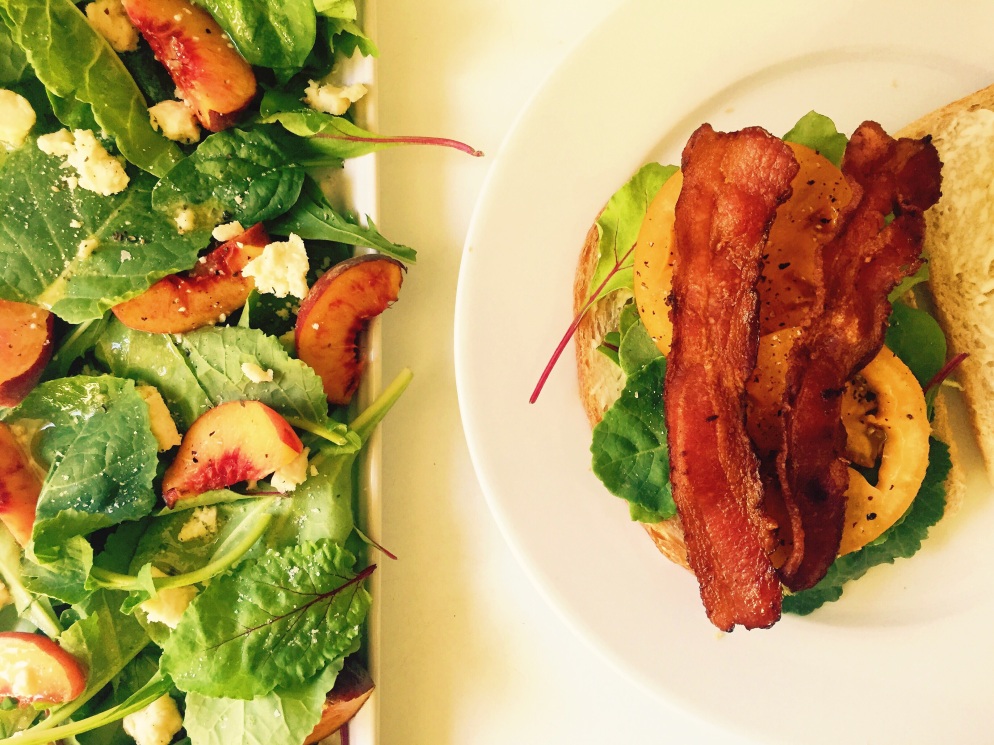 BLT, Peach Salad. Check it out, y’all. Salad! Plus a BLT is basically a salad on a sandwich (plus bacon). So that’s like two salads in one meal and we’re set for the week. Do click on the link for the peach salad (if you don’t already follow Dash and Bella) to see a gorgeous post about eight salads you’ll want to eat right now. With two kids who will occasionally eat what you put in front of them but will always eat it if what you put in front of them is bacon, we may have reached the tipping point where one package is not enough to meet our needs. This two-slices of bacon BLT is borderline un-American. 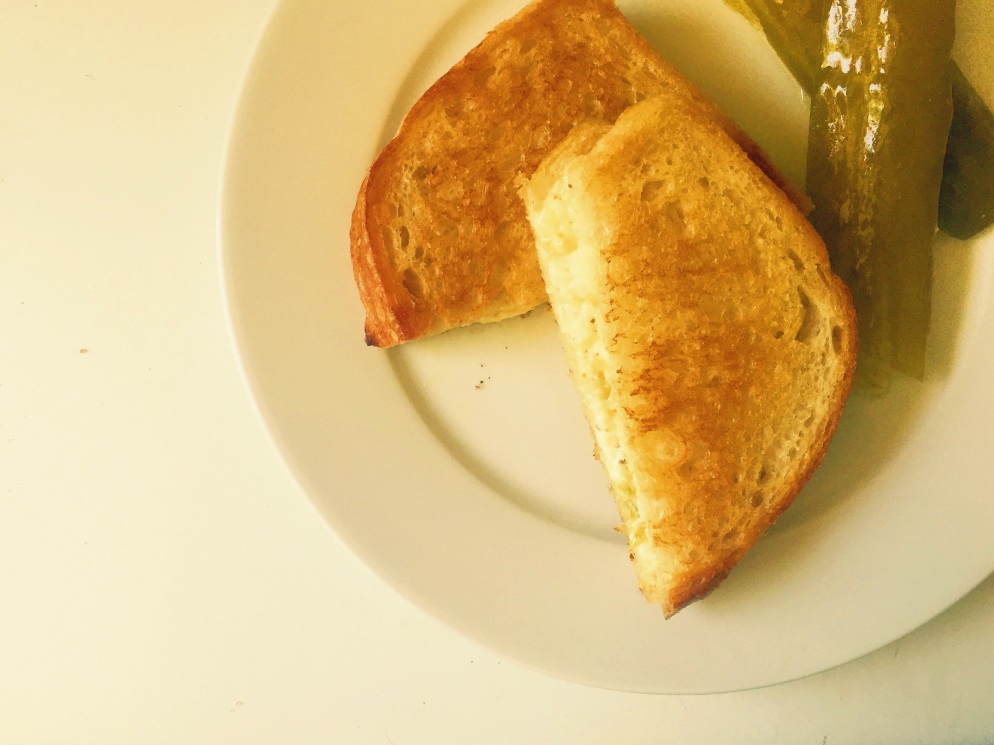 Pickled Jalapeno Pimento Grilled Cheese Sandwich. I didn’t know what to call this sandwich. There aren’t pimentos in it. Instead there’s chopped up pickled jalapenos. But if you just say ‘jalapeno grilled cheese sandwich’ you’ve failed to convey that this cheese has been shredded and mixed with gobs of sweet, sweet mayonnaise, and seasoned with celery salt too in the manner of the world’s best pimento cheese makers. We also ate this pseudo-pimento cheese cold with potato chips while watching Hairspray at the Zilker Hillside Theatre- delicious. That show was fantastic by the way- dare I say even better than the Ricki Lake classic? Really go check it out if you have a chance to. 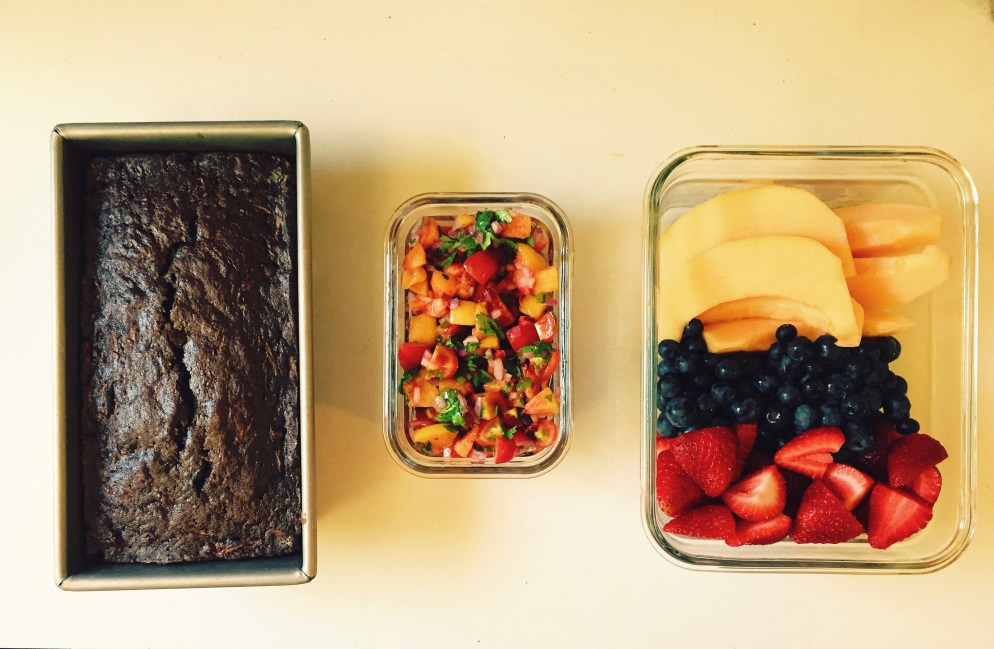 Chocolate Zucchini Bread, Peach Salsa, Fruit. I made this bread again. Aaand once more after that. Eep. It’s too good. And you know why I like it? You don’t have to soften butter or wait for pesky bananas to turn brown to make it. You just melt the butter and toss all the things together and you’re on your way. The peach salsa is diced cherry tomatoes and peaches, mixed with minced jalapeno, red onion, and cilantro, with a squeeze of lime juice and some salt. So good. We ate these things with some thinly sliced ham and cheeses and crackers poolside for a dear friend’s birthday celebration. 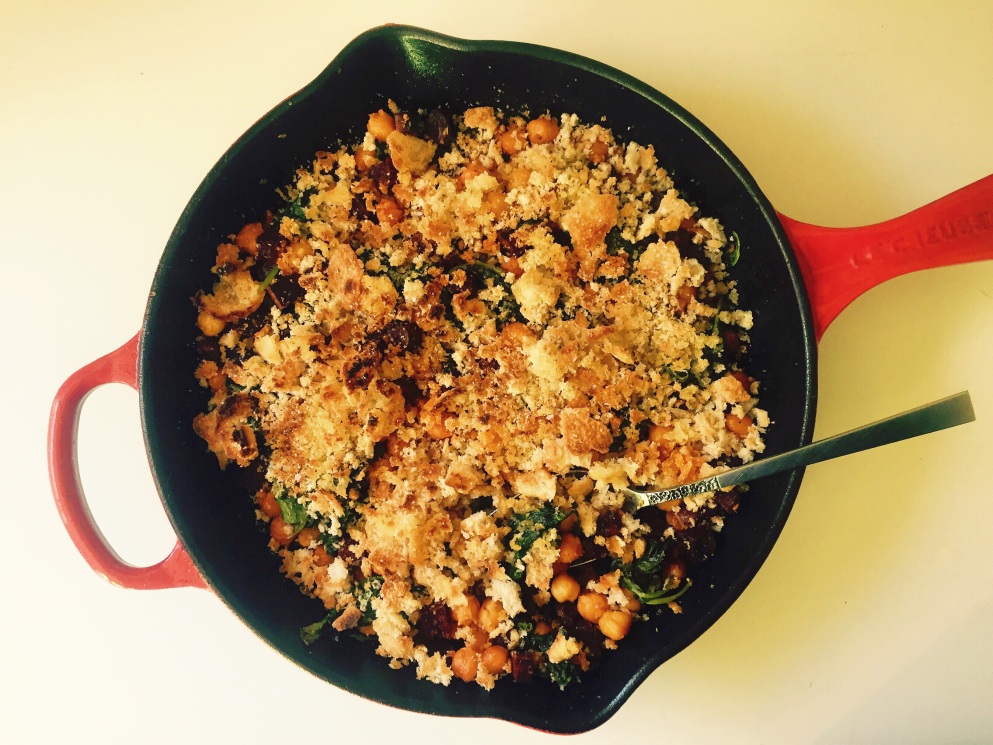 Crispy Chorizo and Chickpeas with Spinach and Breadcrumbs. I love this dinner so much. I blogged about it not once, but twice on my old blogspot page. The first time I accompanied the post with a photo of the empty crumb-flecked skillet like a goddamn amateur. So I may have shared a couple of uninspired sandwiches and tacos with you this week, but at least we’re doing better than blogspot-Arielle who couldn’t be bothered to take a picture of the food before eating all of it. 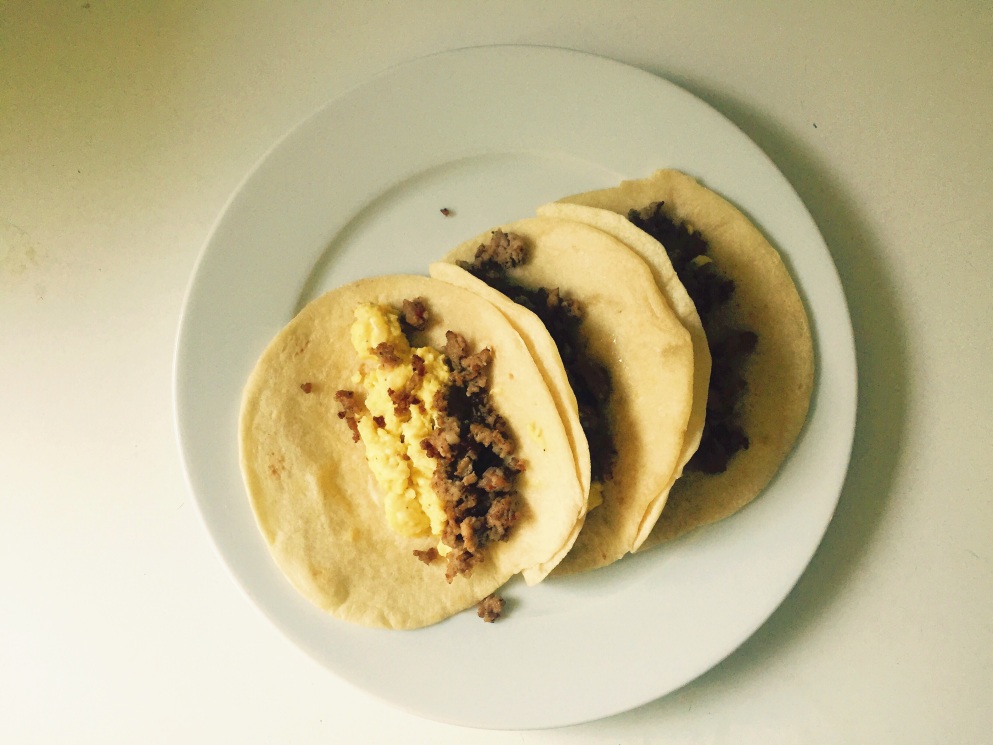 Sausage and Egg Breakfast Tacos. Does the speck of sausage at the top of the plate bother you as much as it bothers me? This was all I could muster for Friday night’s dinner. The kids had been up until midnight the night before (late nap for both, then the Zilker summer musical) and George slept in just late enough to not want to take a nap. We got through the day by watching literal hours of Jake and the Neverland Pirates (the theme song has been stuck in my head ever since), and then we ate tacos and went to bed. And then I snuck out of bed and watched eight episodes of Parks and Rec with Andy. Glorious television. See y’all next week.